Immunities of Heads of States & the International Criminal Court

This talk will consider the recent decision by the Appeals Chamber of the International Criminal Court, in the case against former Sudanese President Omar Al Bashir, that heads of states and other senior state officials are not immune, under customary international law, from the jurisdiction of international tribunals. It will be argued that the finding is not only wrong as a matter of law but failed to properly understand the legal basis on which the Court exercises its criminal jurisdiction. There was a clearer and more persuasive basis on which to hold that the former President Bashir was not immune from arrest and surrender to the Court. The talk will explore the implications of the ICC’s ruling for the Court as an international institution. 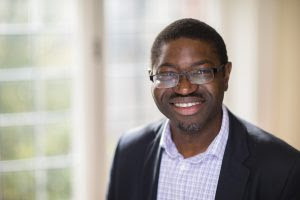 Dapo Akande is a Fellow at Exeter College and co-director of the Oxford Institute for Ethics, Law and Armed Conflict (ELAC). Before moving to the Blavatnik School, he was Professor of Public International Law at Oxford Law Faculty and was, from 2012 to 2017, co-director of the Oxford Martin Programme on Human Rights for Future Generations. He has held visiting professorships at Yale Law School, the University of Miami School of Law and the Catolica Global Law School, Lisbon. He was the 2015 Sir Ninian Stephen Visiting Scholar at the University of Melbourne Law School’s Asia-Pacific Centre for Military Law. Before taking up his position in Oxford in 2004, he held positions at the University of Nottingham and the University of Durham, and from 1994 to 1998, he taught part-time at the London School of Economics and at Christ’s and Wolfson Colleges, Cambridge.