The ILIGS kicked off the 2016 year, hosting Jerusa Ali on January 11, 2016. Jerusa’s seminar, entitled “Monuments of Civilization: Cultural Destruction as a War Crime”, was a fascinating discussion on the practice of cultural 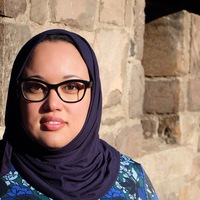 destruction in international criminal law, drawing on TWAIL scholarship and illustrative examples from recent films (The Monuments Men & Timbuktu).  This seminar also had a positive turnout from members of the Osgoode community.  The discussion period, led by PhD candidate Angus Grant, lasted for over an hour, with almost all participants sharing their views on the nexus between culture, property and law from a Global South perspective.

Jerusa Ali is a doctoral candidate in Law and Legal Studies at Carleton University. She holds a BSc in Foreign Service from Georgetown University, an MA in International Relations from Keele University and an LLM in International Human Rights Law from the University of Nottingham. Her research, supported by the Joseph-Armand Bombardier Canada Graduate Scholarship, is motivated by non-Western theoretical approaches to international law, and methodologically, she draws inspiration from TWAIL scholarship with its focus on marginal and peripheral voices, exclusions, hidden histories, and its attentiveness to race, gender and power. As part of her doctoral project on the history and development of international criminal justice in an African context, she is currently undertaking research on international legal responses to insurgent movements at the Department of Jurisprudence and International Law, University of Ilorin, Nigeria.

Abstract: In September 2015, the International Criminal Court (ICC) began legal proceedings against Ahmad al-Faqi al-Mahdi, allegedly affiliated with the religious extremist group Ansar Eddine, for individually and jointly directing the attacks on ten religious mausoleums and mosques in Timbuktu, Mali, in 2012. This marks the first case where the ICC will examine cultural destruction as a war crime (Art. 8(2)(e)(iv)) and provides an opportunity for scholars to examine the crime of unlawful attacks against cultural property as it has developed under customary international law. The first part of the paper narrates the social, political and historical contexts that gave rise to the development of the crime of cultural destruction in international humanitarian law, drawing on both Western and non-Western sources. In the narration of resistance in international law, B. S. Chimni (2006) suggests that Third World Approaches to International Law (TWAIL) scholars, ‘…experiment with literary and art forms (plays, exhibitions, novels, films) to capture the imagination of those who have just entered the world of international law’ (22). Taking up this challenge, the second part of the paper reveals the complexity of the cultural encounter, and the cultural meaning attached to the recovery and restoration of ‘monuments of civilisation’ through an analysis of the films Timbuktu (Sissako 2014) and The Monuments Men (Clooney 2014). The paper resists the key assumption that underlies the crime of cultural destruction—that property and objects alone are generative of social, cultural, and religious meaning.

“Re-Politicizing State Sovereignty in Global Governance: A Political Economy of Transparency in the Oil Sectors of Gabon and Ghana” – Dr. Nadège Compaoré